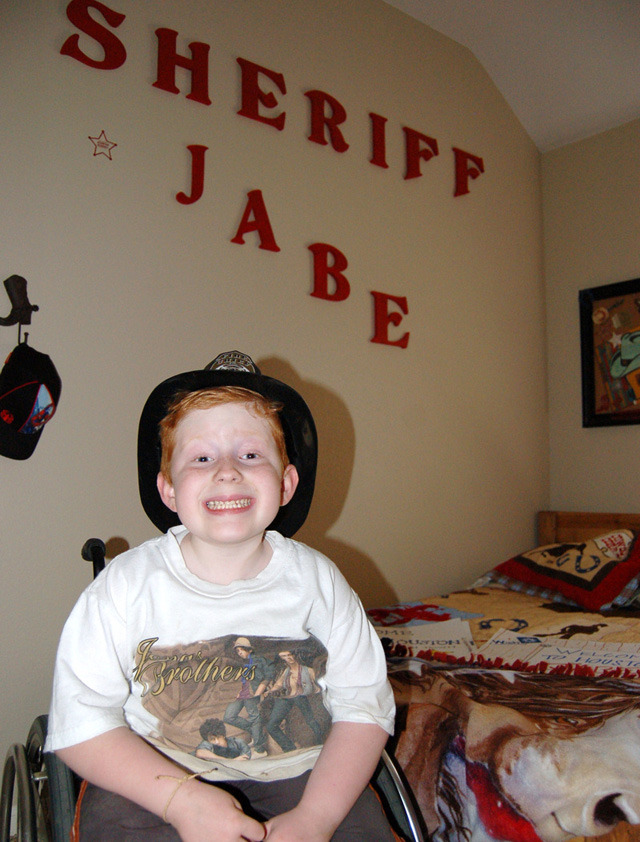 Jabe’s magical journey began with a surprise envelope arriving at his residence which included movie tickets for the whole family for the new release of “Madagascar” (he loves Madagascar). Included in the envelope was a letter telling him there was more to come in the mail soon.

The wish team sent him an invitation to his kick-off party that was held at a ranch, where he enjoyed riding horses and participating in a roping contest where he won his own belt buckle. Jabe was surprised by his most favorite Super Hero… SPIDERMAN. While at the ranch, the wish team unveiled the second part of his “WISH” — a trip to Houston.

Jabe’s trip to Houston included a day at the Houston Aquarium where he was able to feed and swim with the animals, something he said he really wanted to do. While in Houston, Jabe attended the Houston Rodeo where the Jonas Brothers performed. Jabe’s Wish Team surprised him yet again with the one and only thing he said he wanted, a Hand Cycle BIKE!

Finally, Jabe enjoyed a room makeover themed after his favorite Super Hero, you guessed it, SPIDERMAN!