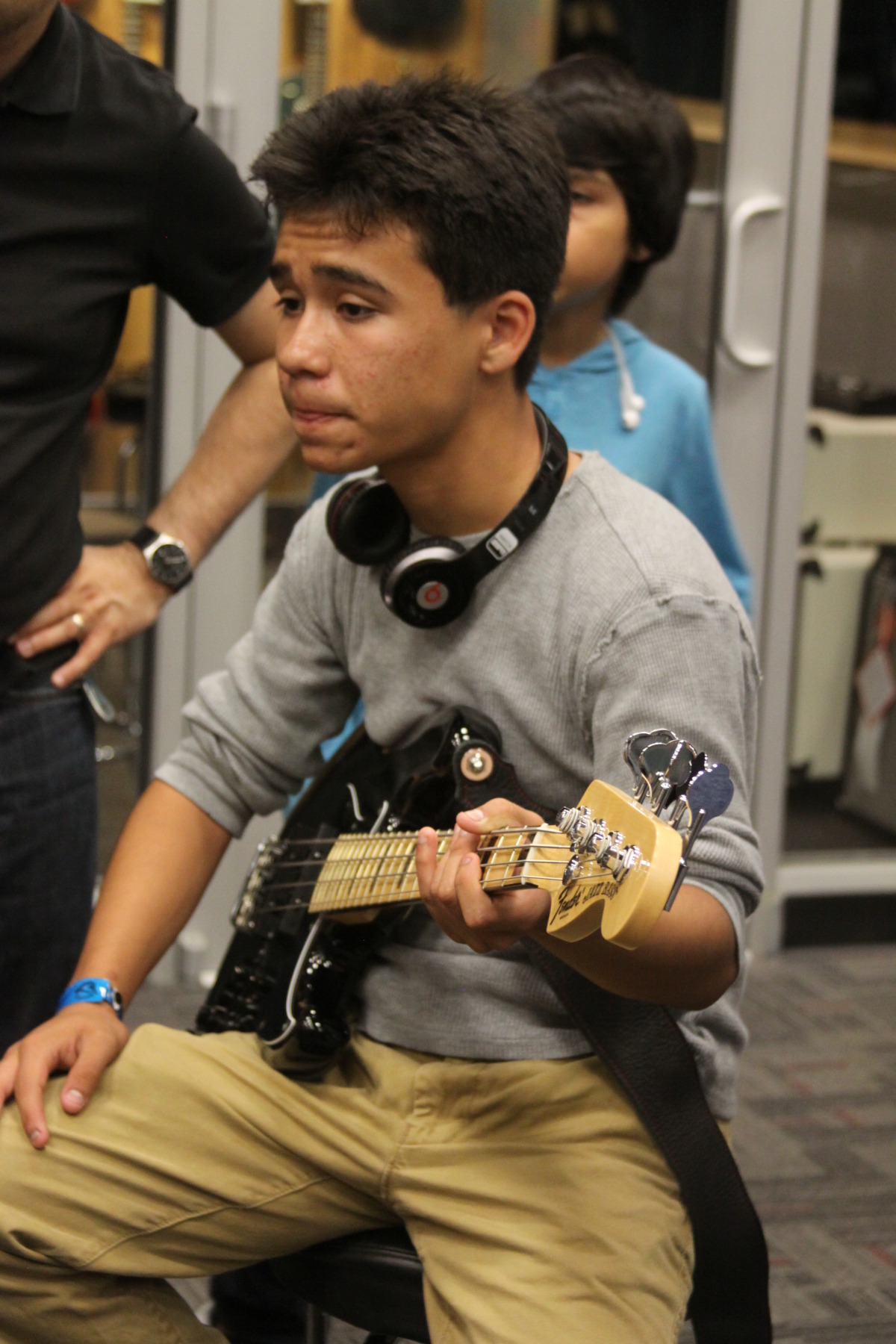 Jordan LOVES music and especially the band Rush. He plays tuba in his high school marching band.  He also plays bass guitar in the Jazz and church bands. He wants everything and anything to do with music: listen, play, write and produce.

The day after his kick-off part at Augie’s Barbed Wire Smoke House, Jordan had a delightful drive to Great Wolf Lodge, water park and sea life aquarium.  He and his family had quite an adventure at LegoLand Discovery Center as well.  His week was filled with a lot of excitement and surprises.

Jordan and his family dined at several eateries such as Grizzly Jack’s Bar & Grill, Rainforest Café and The Original Pancake House. To top it all off, Jordan could not believe it when he was presented with a Fender Base Guitar, Dr. Dre Beats Headphones, music software and other accessories.  His love of music and Legos certainly came to life during his wish experience!