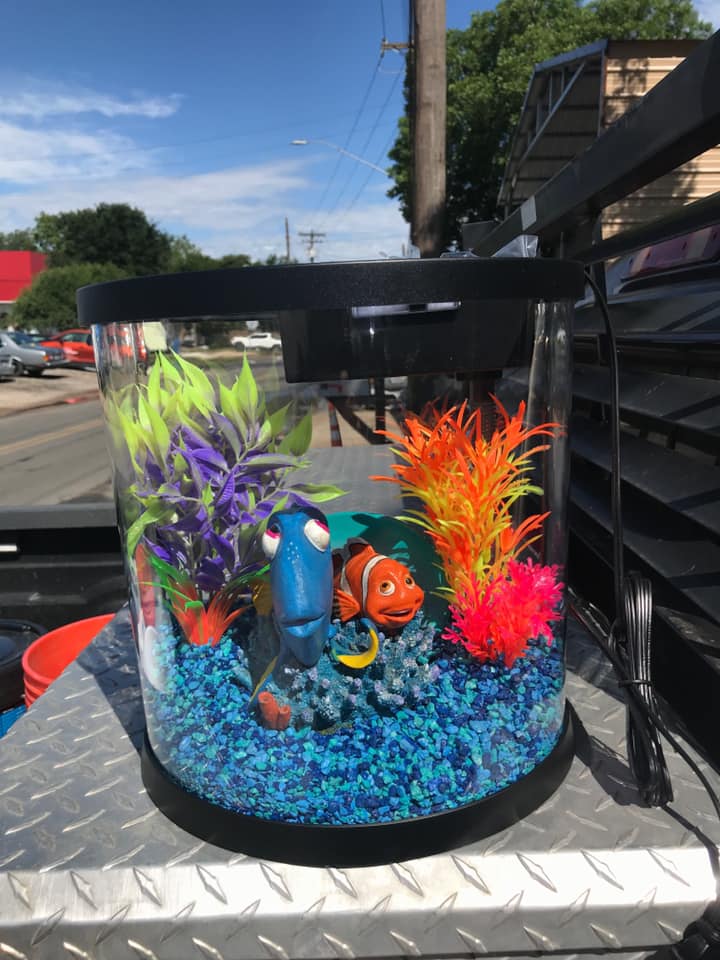 On May 26, 2020, Amanda (Wish Lead) and her team intended on having a huge Freshwater Aquarium installed at our newest Wish Child, Hudson’s, home since this would be a much faster process than saltwater, but with all the unknowns, she had to cancel. The 90 gallon freshwater tank was supposed to be installed, but the fish and décor would have been days following, and it was not something we could get done fast enough. She also did not want to overwhelm Hudson or the family while they enjoyed their final days together. Amanda truly hated the thought of having to do this, especially since she’s come to love Hudson and his mom and dad. She felt she had to see if something could be done. She was determined to bring him joy in some way.

Amanda reached out to Hudson’s mom Katey, asking if she could bring Hudson a Beta fish at the very least. Katey expressed Hudson’s love for Bubble Goldfish so Amanda quickly reached out to her contact Heather Wolfe from Austin Aquascapes, LLC and asked if we could get a Bubble Goldfish with a small tank, and some of the decorations she had already purchased. She needed something fast, small, less intrusive and simple! Heather immediately contacted her fish guru to-to guy Mitch. That was all it took! He went above and beyond by granting Hudson’s wish that same day!!!!

So without further ado, from his favorite movie, meet Hudson’s very own NEMO!! We all hope and pray this has lifted Hudson’s spirits and that he loves his Nemo as much as we’ve come to love him! He simply loves Nemo and hugs the tank!