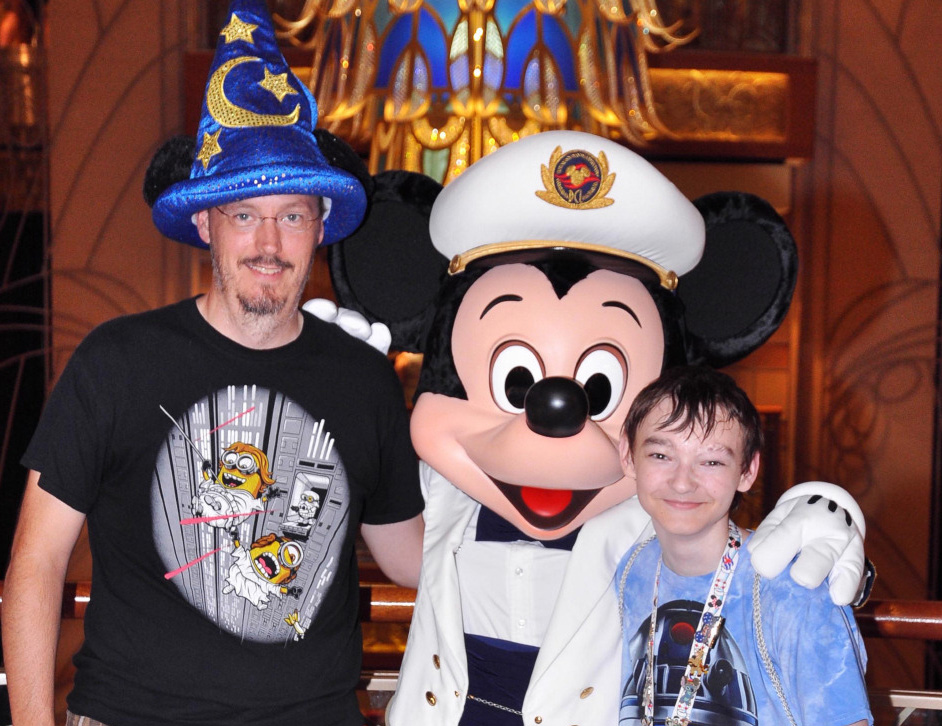 Hayden is a 15 year old, confident and energetic young man who loves doing as much as he can. His wish was to sail upon the majestic “Disney Dream Cruise Ship”. Once aboard “The Dream” his ultimate wish was to ride the splash-tacular “AquaDuck,” an exciting elevated water coaster at sea!

Upon his arrival at the Orlando airport Hayden was greeted by the AT&T Pioneers who showered him with an array of awesome gifts for his cruise. He was chauffeured to Port Canaveral where he was greeted by all the whimsical Disney Characters at a Sail-Away Celebration for him and his family. Hayden’s first day at sea was spent riding “AquaDuck” and heading full speed to none-other than Atlantis Paradise Island in Nassau, Bahamas where he splashed the day away at “Aquaventure at Atlantis.”  The following day he set sail for an excursion at Castaway Cay, Disney’s private tropical island! Hayden spent his day exploring this magical secluded utopia enjoying swimming, snorkeling, and a tram ride around the island. The next day was spent cruising at sea, where Hayden enjoyed musical Broadway-style live shows, 3-D Disney movies, and MORE “AquaDuck“. Then, there was “Pirate Night”! He attended a pirate-themed dinner and buccaneer bash followed by a spectacular fireworks show! Hayden and his family were “decked-out” for this event with authentic pirate costumes. Friday was back to San Antonio where The Wish Connection anxiously awaited his return from this truly magical experience.