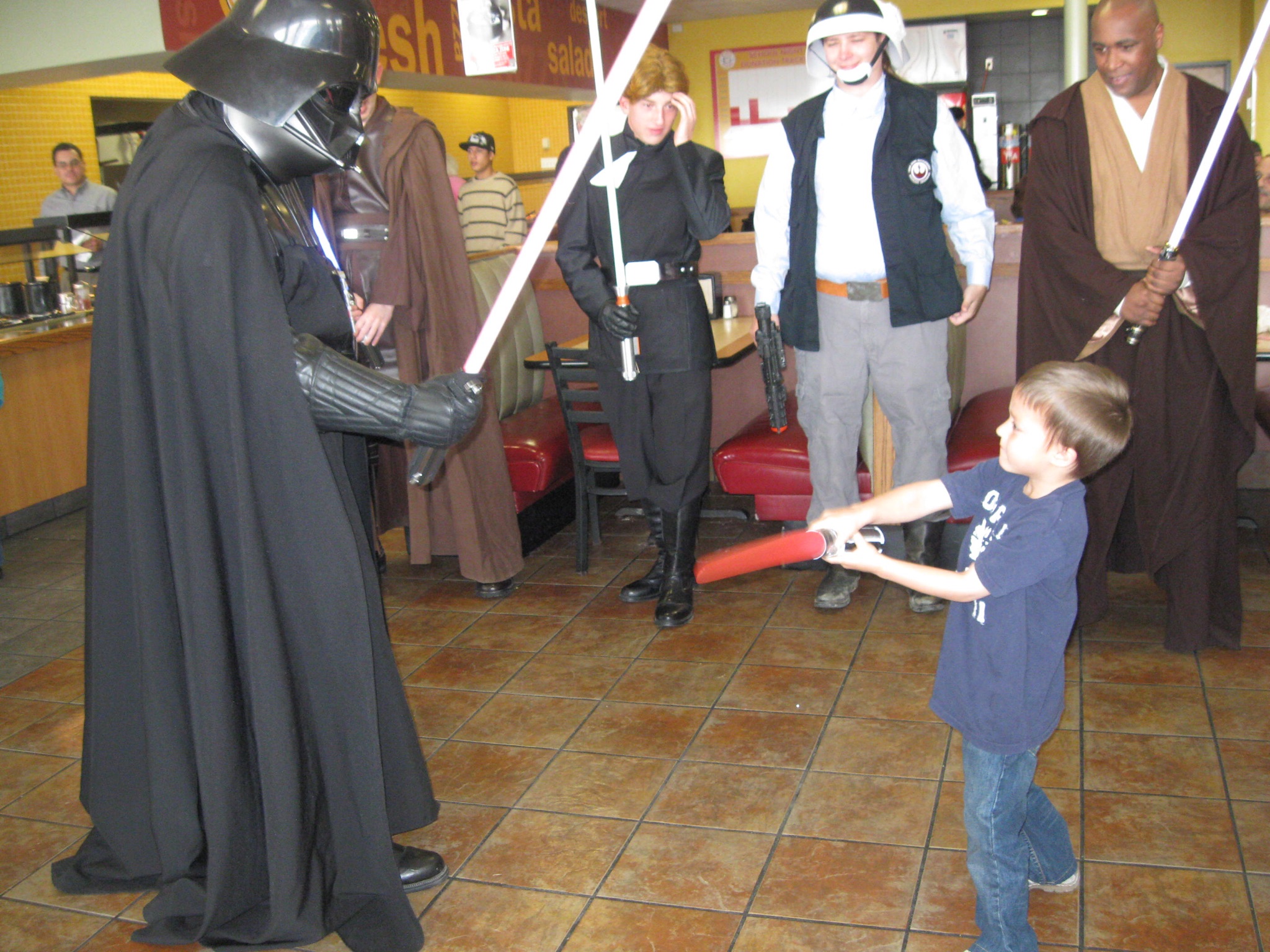 Christopher and his family traveled to Nashville, TN where they were greeted by the AT&T Pioneers and treated to a weekend full of adventures at the Gaylord Opryland Hotel, General Jackson Showboat, and Aquarium Restaurant. While in Nashville, Christopher received a limo ride with VIP concert tickets and backstage passes to the Sanctus Real concert. Christopher met the band and they gave him personalized, autographed gifts.

After the concert, Christopher and his family were treated to a special dinner at Hard Rock Café. Before leaving Nashville, Christopher was indulged with a “bird’s eye view” of Nashville from the top floor of the downtown AT&T building, a VIP lunch at Demo’s and a extraordinary visit at the Adventure Science Center! Christopher’s wish experience did not end there…back in San Antonio he was treated to a performance by the San Antonio Star Wars Society at his superstar party at CiCi’s Pizza!